Written by a firefighter widow who lost her young husband to cancer, this article addresses the link between firefighting and cancer, as well as possible toxicity exposure affecting their loves ones. 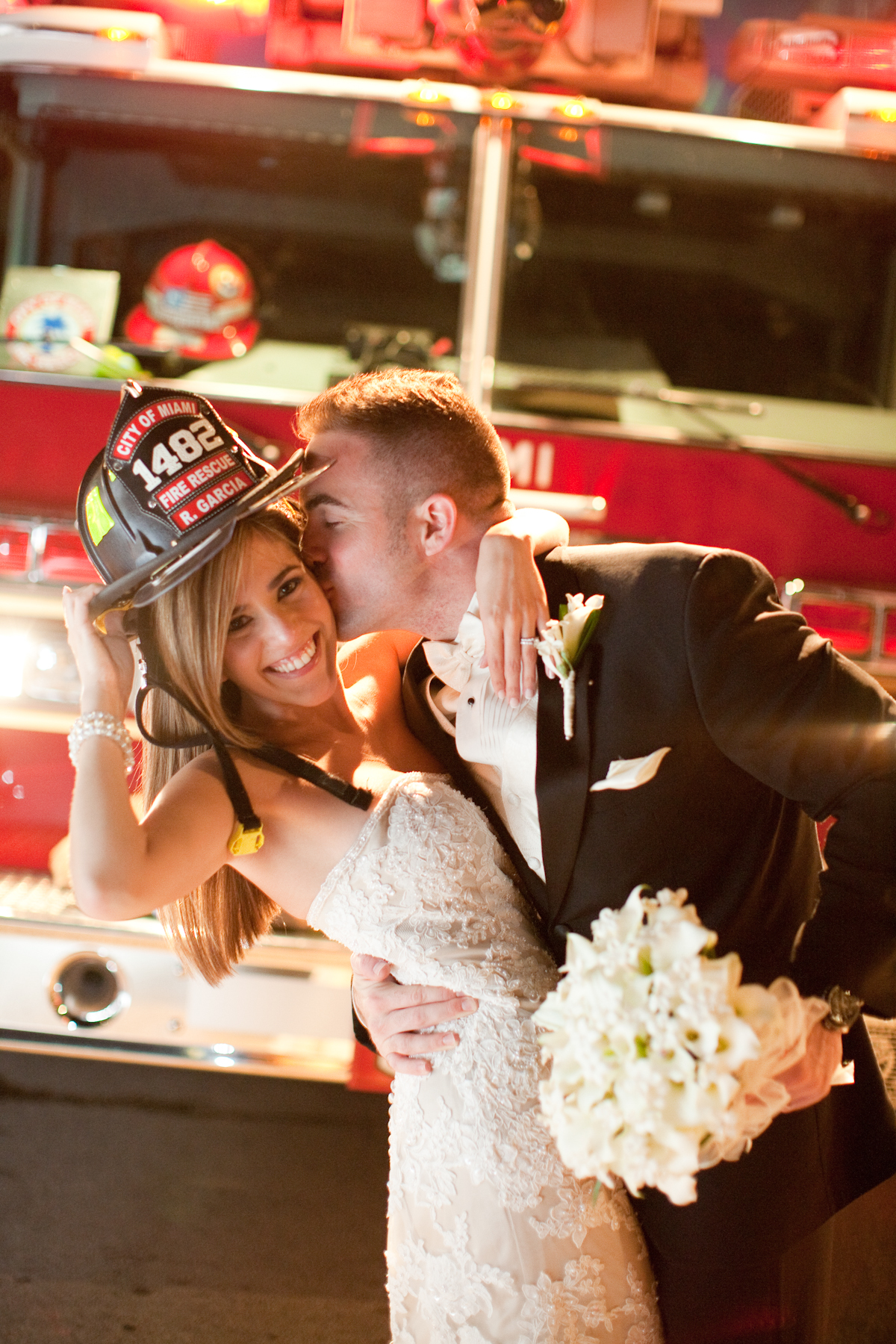 I want to share something that many of you may not already know. In August of 2014, I was diagnosed with a form of Non-Hodgkin’s Lymphoma called Mycosis Fungoides. I was first diagnosed by my dermatologist, who I went to see after some strange white patches appeared on my thigh. She performed a biopsy thinking it was probably psoriasis or severe eczema. I waited weeks for the results only to find out that they were delayed because the specimen was sent to multiple labs throughout the country as they tried to confirm what was a very, very rare diagnosis for a twenty-seven-year-old woman. The dermatologist then referred me to a hematologist/oncologist, explaining that I needed a physician who specialized in treating T-Cell lymphomas. I had to wait about 2 weeks to finally see the specialist and at that point all I knew was that I had lymphoma.

I was already imagining having to go through chemotherapy, becoming infertile as a result and never being able to give Ralf a child, and even worse, leaving him behind to live this life without me.

Then, we were finally able to meet with the specialist and he put our minds at ease. He explained to us that because my skin lesions were limited to less than 10% of my body, that there was nothing to worry about. He went on to assure us that my condition was extremely unlikely to ever progress into anything further. That was the point when Ralf asked if we could proceed with our plans to soon start a family, to which the doctor replied, “Absolutely.”

Mason was conceived shortly after and, much to our surprise, Ralf was diagnosed with a brain tumor just 7 months later.

Once Ralf passed away, I started learning about the rising incidence of cancer among firefighters. One day, I had a thought that I was certain was ridiculous, but something in my gut told me it wouldn’t hurt to ask. So, I reached out to the doctor. Below is a direct quote taken from my email to him:

“When we met, you explained to me that not much is known about the causes of Mycosis Fungoides. I know it’s in no way as serious a diagnosis as my husband’s. However, in the research that I have done as a lay person, I know that my case is very rare given that I am a woman and am in my 20’s. I know this question may be very ignorant and extremely off base, but to your knowledge, are there any environmental risk factors for Mycosis Fungoides? I just find it so strange that both of us would acquire such rare diagnoses in such a short time frame. I couldn’t help but ask myself if having been exposed to his bunker gear, or washing his uniforms at home in our washer could somehow be related.”

This was his reply:

“There is some evidence that [Mycosis Fungoides] may be caused by exposures. Most cases, however, have no clear exposure.”

Now, I know this in no way proves that my condition was caused by exposure to toxins that Ralf brought home on his uniforms. The doctor clearly stated that the cause of most cases of Mycosis Fungoides is unknown. But the fact that it is at all possible, in my opinion, is enough to gain my attention. If you work in the fire service, or are a family member sharing a home with a firefighter, wouldn’t you prefer to know about all of the potential risks that are involved?

I’ll never be able to prove that Ralf’s death was caused by occupational cancer. Here’s what I have learned, though. Primary Cerebellar Glioblastoma Multiforme (GBM) – the type of tumor that Ralf had – is extremely rare and accounts for just 1% of all cases of GBM. Ralf was otherwise completely healthy and had an unremarkable medical history. I wholeheartedly believe that toxicity exposure played a large role. And when you consider that cancer is the leading cause of firefighter line-of-duty deaths? I mean, come on.

If you’re a member of the fire service, wouldn’t you prefer to know about the potential risks that you are exposing yourself to, in order to preserve your health? Not only for yourself, but for your family and loved ones. To keep you around longer, not only to share special moments with them, but also so that you can continue doing the job that we know you love so much.

And if that isn’t already motivation enough – what about the possibility of exposing your family to these toxins? Would you knowingly put them in harm’s way? Of course not.

I believe Ralf would have wanted to be more educated on the topic, and I sure as hell wish I’d known more. I will never be able to understand why he had to be taken from us and why we have been left behind to continue this fight, but as Ralf loved to say, “It is what it is.”

Now it’s up to all of us – firefighters, fire families, concerned citizens, and legislators – to listen, to learn, and to act.

According to the International Association of Firefighters (IAFF), cancer has caused 61% of career firefighter line-of-duty deaths since 2002.

The link is undeniable.

And it needs to be taken seriously.

3 thoughts on “A Call to Action”